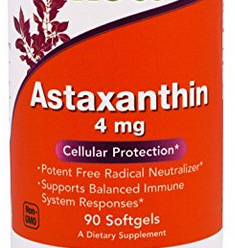 Astaxanthin is one of the supplements that should be on your top 10 list of supplementation. Because of its ability to freely pass throughout the entire body, it is probably one of the most beneficial antioxidants for human health. Among the other systems, it can protect your hearth, brain, and eyes.

What sets apart Astaxanthin from all the other antioxidants is the fact that it can work in the entire cell: both its water soluble parts and its fat soluble parts.

The antioxidant Astaxanthin is a part of the family of carotenoids (red colored nutrients), which you should be familiar with owing to these well known ingredients of carrots. Although, Astaxanthin is not present in carrots or carrot juice, just to be clear.

But Astaxanthin is probably among the most powerful antioxidants that can be found in Nature. New research proves this every day [1].

In its natural form, it occurs in some micro-algae (like the ones with Latin name Haematococcus pluvialis, Chlorella zofingiensis, and Chlorococcum), and is the main cause of the pink color of salmon, lobster, shrimp, and other sea food. The H. pluvialis micro-alga has the highest capacity to keep astaxanthin in its body: up to 5 percent of dry body weight. 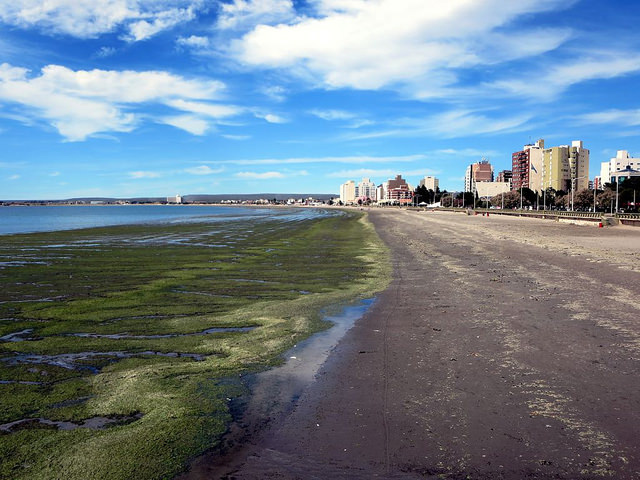 Algae are the best source for Astaxanthin production: Photo courtesy of David Stanley

Astaxanthin serves as a protective shield in these algae to reduce the harmful action of ultraviolet light and to protect them against environmental influences.

Therefore, this antioxidant is considered beneficial for radiation protection, but also for the normal functioning of the brain, lung, eye, and cardiovascular system. Other benefits include prevention of diabetes, cancer, gastrointestinal and liver diseases, skin diseases, eye diseases, exercise-induced fatigue, infertility, etc.

Other benefits for overall health include:

One important feature of this antioxidant is its anti-imflammatory action: the ability to fight chronic inflammatory diseases. Here we include joint problems like arthritis.

What is also important to mention is that Astaxanthin is very safe even if you take it in extremely high doses. This is demonstrated in numerous studies. Higher doses of up to 500 mg per day are safe too. The only notable side effect may be a slight reddening of the skin.

How to Take Astaxanthin

If you take Astaxanthin as a supplement, it is important to know that it takes 12 to 20 hours for Astaxanthin to reach maximum concentration in the bloodstream, after which time, it declines in as many as six hours.

Therefore, it takes time for it to build up in your system. Regular intake of at least once a day is needed to saturate your cells.

Why is Astaxanthin So Efficient?

As we said, Astaxanthin is a relative of beta-carotene, canthaxanthin, and lutein. Having a unique chemical structure, though, is makes it more powerful and than the other nutrients from this family.

Let’s compare its strength to some other common antioxidants [2]:

Astaxanthin is more than 500 times stronger than catechins (from green tea), and catechins are held responsible for most of the health benefits of green tea.

Astaxanthin is great for your skin health [3], even though you don’t apply it topically. It helps against UV radiation damage, increasing the elasticity of the skin, and reducing wrinkles.

Astaxanthin doesn’t block the passage of UV sun rays. It just prevents from skin damage. This is a great feature because UV-b is actually beneficial for the body: UV-b helps the body build vitamin D in your skin.

Astaxanthin For the Cardiovascular System

Astaxanthin helps the cardiovascular system by the following action: it decreases blood pressure, improves blood flow, and boosts the concentration of the so called good cholesterol (HDL cholesterol), at the same time decreasing the bad (LDL) cholesterol. What is even more important Astaxanthin decreases the level of triglycerides in the blood plasma.

Being a strong antioxidant, Astaxanthin helps prevent the LDL oxidation, which is the main reason for build-up of arterial plaque.

In a study, people were given 12 mg of Astaxanthin supplement for 56 days in a row. The researchers recorder a decline of the C reactive protein (CRP) by 20 percent on average[4]. CRP is considered one of the main markers for occurrence of heart disease. 20 percent reduction is so much that there is no known prescription drug that can do that. This is even more important if we know that CRP is a measure of the degree of inflammation in your body. A lot of other diseases are caused by systemic inflammation, not only heart diseases.

Astaxanthin as a Neuroprotector

Astaxanthin is so versatile that it can be used to prevent dementia, Alzheimer’s disease, and other types of cognitive decline.

One study from 2011 [5], discovered that in people who took 6 to 12 mg of astaxanthin every day the levels of phospholipid hydroperoxides (PLOOH) were decreased. PLOOH is a marker for dementia.

This antioxidant may also help improve memory and psychomotoric function, and reduce the likelihood of stroke.

Astaxanthin as a Vision Protector

The Astaxanthin property of being able to cross the blood retinal barrier is responsible for the beneficial action with regard to eye sight. Among the other problems, it may help in case of:

Astaxanthin helps in keeping the eye pressure levels within the normal range as well.

Astaxanthin is much more powerful than the typical antioxidants you would use to improve vision, like lutein or zeaxanthin. It is likely the most effective natural cure for eye health.

A study from 2015 [6] reports on the anti-apoptosis, anti-proliferative, and anti-invasion influence of Astaxanthin.

The best natural source of Astaxanthin is wild salmon (sockeye salmon). It has the astaxanthin concentration. But you would have to eat sizable amounts of salmon every day to get the supplement dosage of 4 mg. You would be better off with astaxanthin supplement.

This antioxidants is probably close to the top of the list of supplements you should be taking avery day. As of recently, I started taking one pill of 4mg a day. I like starting slow, with a lower dosage, and I am going to increase to 8 or 12 mg at a later time.

I opted for the brand presented below.

So far, I’m very satisfied. It is amazing how much a simple supplement can do. This should be a common knowledge.

If you take omega 3 fatty acids as a krill oil supplement, which I highly recommend, you will also be getting some small doses of natural astaxanthin already present in the krill’s fatty content. You should be getting your supplement together with some healthy fats for easier assimilation, for example, with ghee, butter, or coconut oil. You can even use it in your nutribulet recipes or alongside your favorite green smoothie.

[6] On involvement of transcription factors nuclear factor kappa-light-chain-enhancer of activated B cells, activator protein-1 and signal transducer and activator of transcription-3 in photodynamic therapy-induced death of crayfish neurons and satellite glial cells. https://www.ncbi.nlm.nih.gov/pubmed/26160345