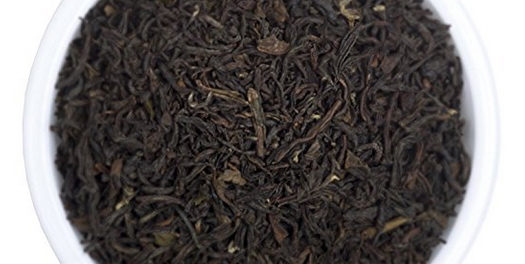 Are you wondering about how different Black Tea is when compared to Green Tea? This post will explain many of the similarities and differences between these two very popular tea varieties.

Me and my family LOVE tea… especially green tea and some other herbal teas… We find black tea a bit too strong but even black tea can be delicious. And when it comes to green tea, it should be your regular drink, as its medicinal values are great.

Both black and green tea are produced from the same plant, from the leaves of the plant with Latin name Camellia sinensis.

Black Tea is more oxidized than green tea, and the same is true if we compare it with white tea or oolong tea. The oxidation is part of the process of tea-making, Sometimes it is referred to as fermentation, even though no real fermentation takes place. 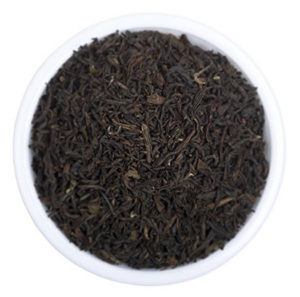 However, the oxidation process has one important consequence: it causes black tea to have more caffeine than either white or green tea, while at the same time a part of its medicinal value is reduced.

Green tea goes through a minimal oxidation and contains less caffeine, which is a good thing. Because the oxidation is small, green tea is particularly rich in epigallactocatechin gallate (EGCG), an antioxidant well-known for fighting cancer, cardiovascular conditions and inflammation in general. In contrast, EGCG in black tea is practically destroyed during the course of fermentation, making green tea superior when it comes to antioxidant action.

Traditionally green tea has been used in China and Japan. However, in recent years, because of its fantastic benefits (much of it having to do with green tea’s weight loss properties), its use has spread everywhere around the world.

People who enjoy green tea are familiar with the various health claims made about it. Green tea contains carotenoids, polyphenols, vitamin C, and other useful compounds. Green tea has more anti-oxidative action than black tea.

What’s even more interesting, you can use green tea to lose weight or even better, to burn belly fat. The weight loss effects of green tea are some of the major differences when compared to black tea.

Other studies have shown that green tea consumption can decrease blood pressure [6], cholesterol (even though the effect may be not so high) [7] and body fat. Most of these studies involved participants drinking several cups of green tea a day.

Drinking green tea is also very beneficial for oral hygiene as green tea extracts have anti-microbial activity. In particular, researchers have found that the highest biological potency have particles from green teas extracts from the nano regime [8].

Furthermore, green tea benefits the eyes [9]. Research has shown that the antioxidants found in the green tea are able to penetrate deep inside the eyes, protecting them against disease. Studies have shown that green tea catechins are absorbed by the lens of the eye and may be protective against glaucoma and cataracts.

However, black tea has also been shown to inhibit lens degeneration [10]. Furthermore, black tea also reduces the risks of heart disease [11]. So, black tea is certainly not without merit.

Other differences between black tea vs green tea include the amount of tannins present in each tea. Tannins are useful biologically active compounds responsible for the color of the tea. Fresh tea leaves contain more tannins. White tea has lower tannin levels than black tea, and green tea has the highest amount of tannins.

Green Tea Oil is often added to lotions, soaps, and other cosmetic products. There are two different types of green tea oil… one made from synthetic ingredients and the other from natural green tea extract. Obviously, the natural product is vastly superior. Green Tea Oil is sometimes called Camellia Oil.

Side Effects of Green and Black Tea

While black and green tea are very healthy teas, there are some side effects and concerns.

First of all they contain caffeine. There is less caffeine that the amount found in coffee, but it does count. We are all familiar with the side effects of too much caffeine consumption. These side effects include irritability, sleeplessness, heart palpitations, loss of appetite and upset stomach, to name a few.

Green tea contains fluoride, 3 times the upper limit set for drinking water in the U.S. This is not good at all, and depending on the source of the tea (the condition of the soil) may cause problems in the long run. Also, the longer your steep your tea bag the more fluoride will be released.

Green tea also contains aluminum. Aluminum has no useful biological function in the human body, and if found in excess, it may cause brain and bone disorders. In the human body, aluminum may form alumina, which is a compound found in people with Alzheimer’s disease. On the positive side, aluminum from tea is not that absorbable if you drink it straight. If you add lemon juice, however, the absorption rate is multiplied.

Other side effects include stomach upset. Green tea increases the amount of stomach acid, which is actually a good thing for some people, but it can cause stomach upset in others.

Do not drink green teas which are marketed as “diet aids”. They frequently contain dangerous herbs (such as laxatives). Also, be careful with green tea extracts and pills. Follow package directions carefully and do not take too many.

Both green tea and black tea can stain the teeth, so be sure to brush your teeth well after drinking green tea.

Green and black tea can contain sizable amounts of pesticides and herbicides. So, going organic is a very good idea to avoid these harmful chemicals. Choose USDA Certified Organic green or black tea.

If you are taking any medications, consult with your doctor before consuming green tea as the caffeine and tannins may interact with many prescription medications.

What and Where to Buy

Not all teas are created equal. The condition of the soil, the chemicals used during the production and processing can make all the difference, and sometimes bring more harm that benefits. Be sure to drink only high quality, pure, organic green tea. Too much green tea of low quality is not something you should be considering and can be even dangerous.

The number one green tea for us is Matcha green tea powder. It enables using up the entire nutrient rich leaf, instead of just leaf infused water which you get when you soak the tea bags in water. 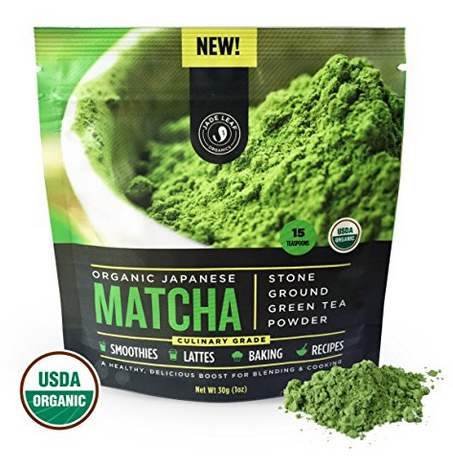 If you prefer using tea bags, the Prince of Peace Organic Type of Green Tea is a great choice. And for black tea, one of the best brands is the Organic Darjeeling Black Tea leaves.

[2] Effects of green tea on urinary stone formation: an in vivo and in vitro study

[3] Cancer and metastasis: prevention and treatment by green tea

[5] Green Tea Extract May Be More Effective than You Thought

[6] Effects on blood pressure of drinking green and black tea

[9] Health news: Boost your eyes with green tea, how silkworms can aid heart bypasses and sugar could relieve earache

[10] Tea and Risk of Age-Related Cataracts: A Cross-Sectional Study in Zhejiang Province, China