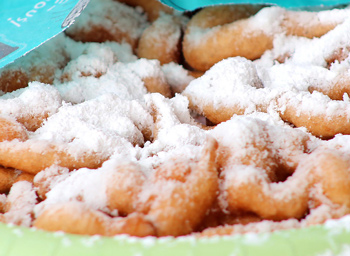 One of the basic principles of weight loss is the hormone principle. And the key to remember here is that your hormones are strongly affected by toxins from your environment, including home air.

This is very important, but people hardly realize there is a link.

You come in contact with all sorts of environmental toxins every day. Not only do they contribute to your weight gain, but they are highly dangerous to your general health. They can be found in many corners of your home and they will affect your health without even being aware of their presence.

In this article, you will be introduced to a number of toxic substances that are preventing leading healthy life, and having a nice looking body and normal weight. These toxic substances are all around you, even in the air you breathe.

So you should do all you can to rid them from your life, any way you can, including limiting your exposure and using suitable air purifiers to clean your home air.

How are the Hormones Affected?

Your overall health revolves around the proper functioning of the hormonal system. If it gets disrupted, health problems start to show up.

Not only do toxins destroy your delicate hormone balance, but they often work as endocrine disruptors, compounds that affect how your hormones work.

Toxins may increase or decrease the production and activity of hormones. They may mimic their action, block it, or change their speed of action. The most frequently affected hormones by toxins are the insulin, cortisol, estrogen, testosterone, and the hormones of the thyroid gland.

However, keep in mind that all hormones work together, in a so-called hormone cascade. There is a domino effect. If one member in the cascade is affected, they all suffer.

Apart from messing with your hormones, most environmenta toxicants rob the white blood cells of glutathione.

Here are some commonly found toxins in our everyday life: 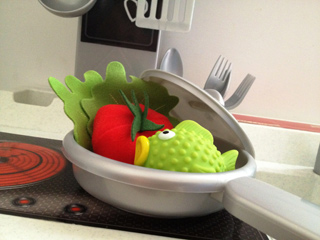 One of the toxins present in our home air that can make us fat is BAP (benzo[a]pyrene), present for example in the cigarette smoke. It can prevent the process of lipolysis in the body’s fat tissue.

Lipolysis – a fancy word for the breakdown of lipids – is necessary if you want to use your fat deposits as fuel. The result of lipolysis is the release of fatty acids into the blood.

Once released, the free fatty acids are carried by the blood to the cellular mitochondria and there they are burned as fuel. So, BAP effectively inhibits this process.

The study cited above has actually shown weight gain in mice induced by BAP.

Besides smoking, another important source of BAP is traffic pollution. If you live in an urban area, you are likely to be exposed to BAP every day. Hence, the likelihood of weight gain is higher, and all that because of the air you breathe.

This one is omnipresent in plastic bottles and inside canned goods. It affects the estrogen function, by boosting its production together with insulin. One of the consequences of more insulin in the body is the possibility of becoming insulin resistant, usually followed by weight-gain and blood sugar problems.

Chlorinated toxins belong to another airborne group of toxins that has the with ability to cause weight gain. Chlorine occurs naturally and we use it in our everyday life for disinfecting purposes (killing germs, fungai, and bacteria). But chlorine is potentially toxic for humans too. It has been linked to health problems in humans.

A chlorinated toxin called HCB is known to pass from the mother to the infant, and has been linked to child obesity and behavioral problems at latter times. Unfortunately, HCB is not the only toxin passed from mother to children. The same holds true in the case of Teflon, smoking, and combustion products. Teflon poisoning, for example, comes from cooking and eating foods prepared with teflon based nonstick pans.

Air fresheners are filled with solvents, which in fact are nothing but toxins. They are easily transferred from your lungs to the bloodstream and then to the brain where they limit performance the very same way alcohol does. Effectively, you are being poisoned with every breath you take. It is enough to check the labels and you will see all those warnings, but people rarely do so. 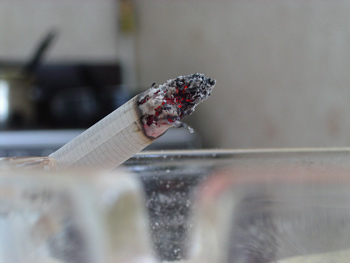 In addition to harmful chemicals, combustion products, and airborne heavy metals, smoking is an important source of solvent exposure.

Carpeting, is another source of solvent exposure, as are the various cleaning supplies, paints, and perfumes. Airborne pollution is all around you.

Lets see what are the typical pollutants commonly found in this category:

Aromatic hydrocarbons are byproducts of combustion of cigarettes, tailpipes, and chimneys. They disrupt the functioning of the mitochondria and lead to obesity, fatigue, and other health problems.

Arsenic is a heavy metal and a very dangerous poison. It is found in cigarette smoke and groundwater. It also affects the normal functioning of the mitochondria, causing diabetes and cancer.

Cadmium is also a harmful heavy metal found in cigarette smoke and some foods. It is known to mess with the normal operation of the mitochondria, which causes all sorts of metabolic problems, cancer, osteoporosis, and kidney malfunction.

Dioxins are petroleum derivatives. They are poisonous, and probably belong to the group of most toxic chemicals known. Dioxins occur whenever chlorine is used to produce pesticides or herbicides for example. They also appear in the air when plastic is burned.

Believe it or not, most of the artificial sweeteners are toxins. For example, aspartame contains methanol which in our body is turned into the notorious formaldehyde. And there’s no low-enough safe limit for formaldehyde in human consumption.

Most of the artificial sweeteners are much worse than sugar because they effects the normal functioning of the hormonal system, including the thyroid gland (which can be directly connected to weight gain).

This is a chlorinated hydrocarbon used before as a fungicide, now banned from use. It is considered a human carcinogen that affects the mitochondrial function, and causes ulcers, liver dysfunction, hair loss, and light sensitivity.

These types of pesticides are used today very often. They are poisonous for the insects’ nervous systems. The original research behind these pesticides comes from German scientists on nerve gas after World War I. These are powerful mitochondrial toxins capable of killing nerve cells mess with nerve connections in children. Their ingestion via food may lead to insulin resistance and diabetes, metabolic syndrome, and obesity.

These are greenhouse gases that today are mostly used in refrigerators and in cosmetics.

They affect the ozone layer in the upper layers of the atmosphere but they take a toll on the human immune systems too.

Phthalates are hidden in a number of air fresheners, detergents, and cosmetics. They are known for decreasing the concentration of testosterone in males. In females, reduction of muscle mass followed by increase of fat tissue is a possibility.

There are some other compounds we are surrounded with every day. They are no technically toxins, but they are equally harmful when it comes to gaining weight and overall performance. Here we will include three most common ingredients:

Consuming high fructose corn syrup (made out of GMO corn, by the way) is a sure way to increase your insulin resistance, hence, to become more obese. Fructose makes your liver starve for more sugar, and increases the blood triglyceride count.

The other name for hydrogenated oils is trans fats. They are increasingly being banned, but still many people use them. They are obtained from vegetable oils in industrial laboratories and are nothing but an artificial chemical. Our body has no idea what to do with them, so they lead to increased cholesterol levels and may even promote insulin resistance.

These types of foods are rapidly absorbed into the bloodstream, which causes rapid increase of insulin levels. Refined sugars and carbs are void of fiber, nutrients, vitamins, and minerals, thus they have no nutritional value. They represent pure caloric bombs that should be avoided at all cost.

There a strong link between obesity and high toxin concentration in the body. Toxins from our home air, from containers, solvents, beauty products, and foods are all around us all the time. They disrupt our endocrine system, which is enough to result in obesity.

In addition, most of the toxins are fat soluble, which means whenever you accumulate more toxins, your body has to store them in your fat cells in order to keep localized and prevent them from causing damage. When you are on a diet, keep this in mind, because as you loose your fatty tissue, the toxins stored there will be released, so you would have to take steps to flush them out of your body.